The way to sell!

Architectural visualizations are the best known and by far the most popular way of getting clients by the developers. They allow to show the whole picture of the investment to the buyers and sell the still existing property, often for very large amounts.

This is the reason why it is important to have visualization done by professionals. An architect does not necessarily have to be an expert in 3D graphics. Of course, he probably has a great spatial imagination, knows about construction and can construct architecture in a beautiful form. Often, however, architects are assisted by graphic studios like ours, so that when the project card is shown in the catalog, we see a juicy visualization.

The scene below shows the mass of a Scandinavian house, the interior of which we wrote about here.

A comprehensive design allows the buyer to see the building not only from the outside from different angles such as front and back, but also from the inside.

More of our interior and furniture visualizations can be found here. 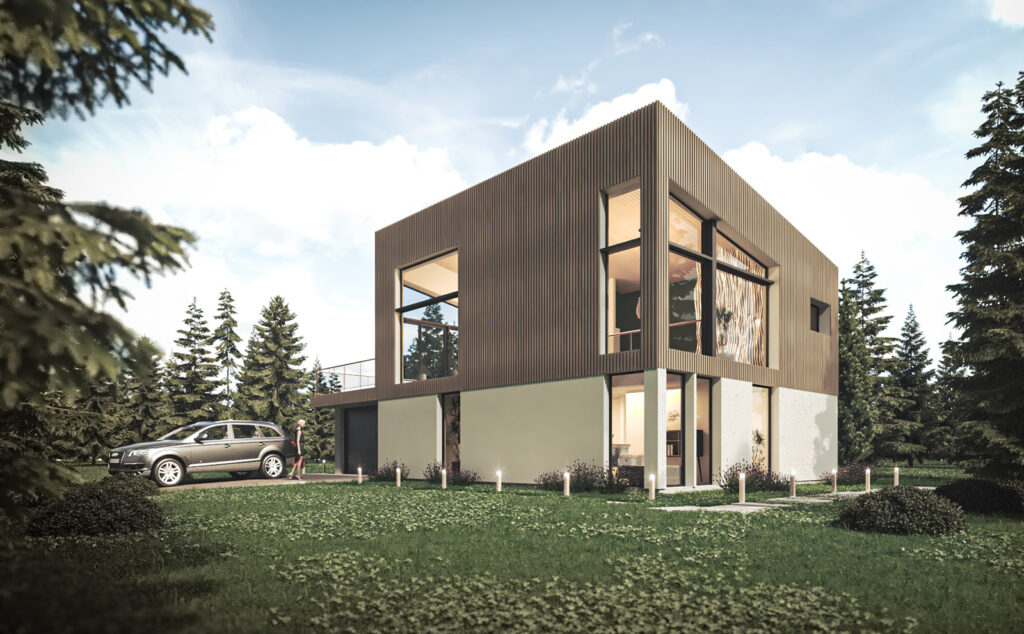 How is a visualization created?

Each of our visualizations is a result of a process that consists of several basic elements. Each of these elements is complicated in its own way and requires knowledge of specialized software for 3D and 2D graphics.

At the beginning we receive from the client a project of the building that we will visualize. On its basis we prepare an accurate valuation of the project. Then we determine with the client the details of our visualization such as: season of the year, location, surroundings, small architecture around buildings, colors of walls and elevations, interior finish and other elements. Already at the beginning we should know what kind of projections we are going to present, so we can prepare them in advance. There is also an option to leave us a dose of freedom, then we propose certain solutions ourselves.

The second stage is to edit the project on the flat and throw it into 3D program, where then the building will be created. It will be a model of walls, ceilings, roof and the ground. Based on the model we can already preset the projections that we will be interested in and consult them with the client. At the same time, we add one by one all the elements to the 3D scene. Each element visible in the scene below was added in 3D space and plays a role in the scene. Nothing is here by accident.

Lighting, is another important part on which architectural visualizations stand. You need to think about from which side and at what angle the sunlight will fall, how the shadows will behave and what colors we will get by adding more lights to the visualization. We set all this manually.

When the light is ready, and in the scene we can see mostly white, we should start with the materials. This is the name of all the textures, patterns, and colors that are in the visualization. The boards have the texture of boards, the grass is green, and the sky is blue. All elements have some colors but not only. They are also reflective surfaces. With what strength, at what angle, and in which places they reflect light, we also have to determine for each individual material. A little work? Watch out now.

The next step is to prepare for rendering. At this stage we check a lot of settings in the program, we release sample renders for our and client’s evaluation. We make adjustments, changes, add elements, remove elements, move trees, add flowers, bushes… too much. Again, we remove and change … And so we work until we get the desired effect, so we are ready to click the button through which from the 3D image we get a flat visualization. 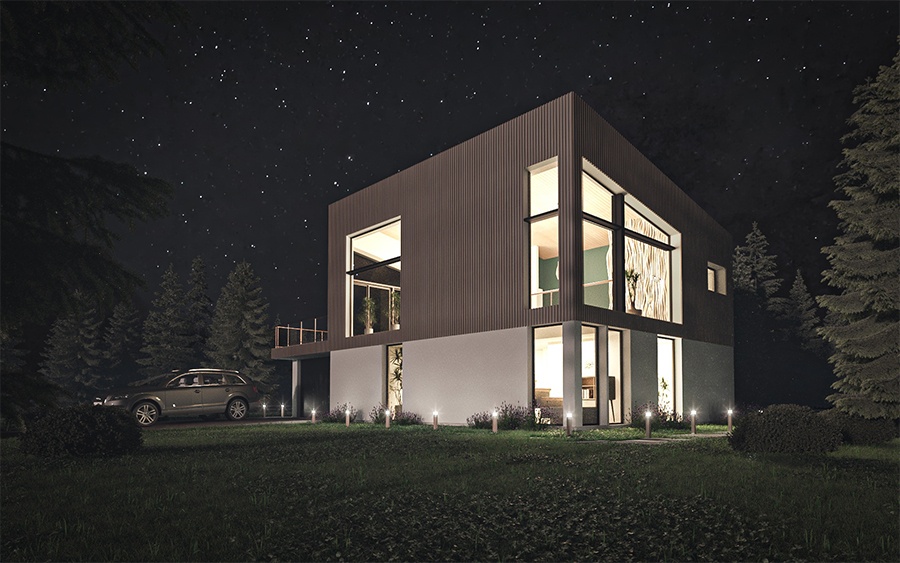 We’re not done yet. Once the image is rendered, we get it on many different layers called “passes”. Now comes the rest of the creative and creative work, where we do what is called post-production.

Here we still have a real impact on the final appearance of the visualization. In short, there are a lot of sliders from well-known and less-known raster graphics programs.

After finishing the work, we can save the image as .jpeg or any other chosen format and send it to the client 🙂 .

The key to sales is the feeling our client will have when imagining themselves in a new place.

It is thanks to the realism and quality of visualization that he is able to assess the level of professionalism of the whole project and make the only right decision to buy.

If you want to order architectural visualizations, please contact us.

© 2020 All Rights Reserved. Powered by WordPress